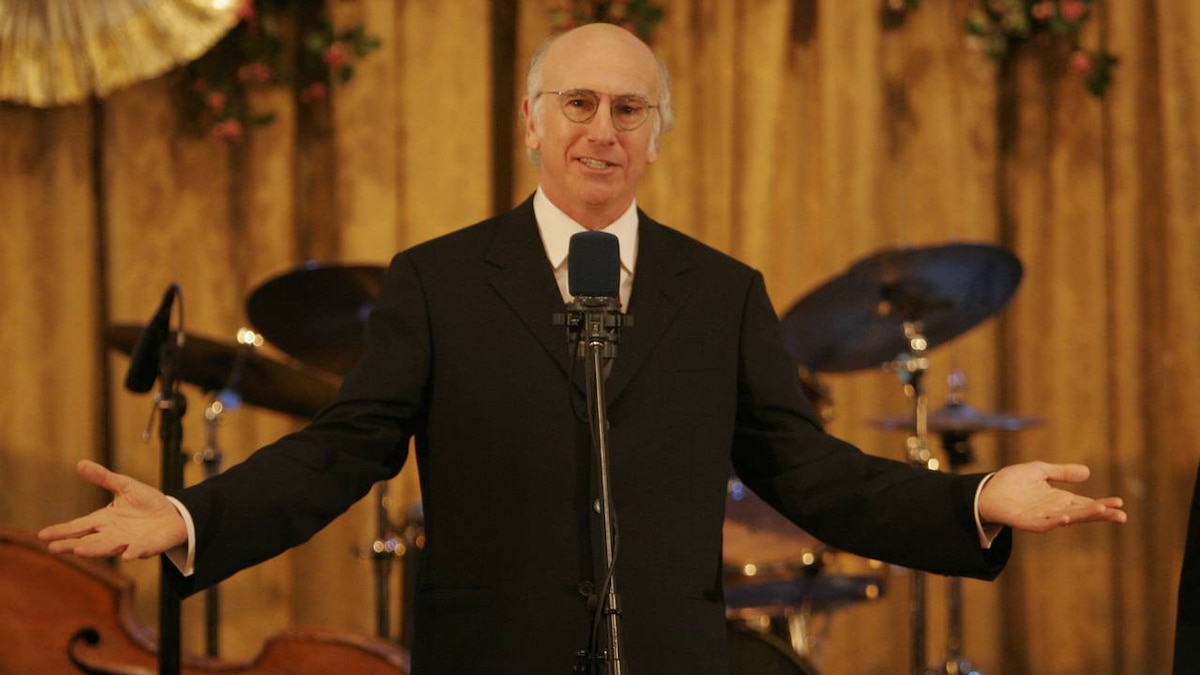 Leon has called Jeff over to the house because the Black's are concerned about Larry. He won't get out of bed and is depressed about Cheryl leaving. The two men go to Larry's bedside and take a tough love approach to coaxing him out of being so mope (1). Larry insists he can't imagine himself with anyone other than Cheryl and when Jeff tells him Cheryl is coming to Sammi's Bat Mitzvah (2). Larry gets more upset. Leon urges him to become a different motherf**ker (3).

Leon drags Larry downstairs to talk to the rest of the Blacks, who urge him to forget about Cheryl and Larry finally vows to do so. The Blacks then announce that they are moving out; their house rehab is finished. Daryl comes running out, upset that his gerbil has escaped and they all disperse to look for it.

At work, Larry's assistant Antoinette announces that someone is coming to look at renting the office across the hall, which upsets Larry, who likes having it empty. She also tells him Matt Tessler, who was a 'Seinfeld' director, called to say he's stopping by. Larry groans, and guesses it's because Matt wants him to put in a good word for him to direct Richard Lewis's pilot. Larry thinks Matt is a terrible director. He and Antoinette discuss that Matt has a son with some sort of disability (4). Matt drops in and, sure enough, tells Larry he's been stuck in the dramedy ghetto (5) and would like his help with Lewis's pilot. Cornered, Larry agrees to recommend him to Richard. Just then, Antoinette cuts in to ask if Larry still has the tickle in his anus, because she can't get him a doctor's appointment for awhile. Larry is mortified and denies any tickle, but Matt insists he has a cousin who works for a top gastroenterologist and he can get him in right away.

From his car phone, Larry calls Richard. He "recommends" Matt Tesler for the directing gig (6).

At the gastroenterologist's, Larry resists signing in, arguing with the receptionist that the sign-in sheet shouldn't be up on the counter for everyone to see. It should be private. She says she will take it up with the home office. In the waiting room, he flirts with another patient but is called into his appointment before he can get her name.

Matt's cousin, the nurse, asks Larry why he wants to see the doctor, but Larry resists answering, arguing he should just tell the doctor directly. When she pushes him, he finally blurts "I have a gerbil up my ass." Shocked, she notes the problem on his chart. When the doctor comes in and asks what the problem is, Larry looks at him with disbelief. Exiting the office, Larry sees the woman he was flirting with is gone. He tries to look at the sign-in sheet to get her name, but the receptionist reports that the home office loved his idea and it's now policy to keep the list private. She takes pity on Larry, though, and gives him the woman's name: Paula.

At lunch with Jeff, Larry reports he has a date with Paula and they debate why she would have been at the gastroenterologist's. Larry gets nervous about his date and asks Jeff and Susie to join them. Later, while the two couples wait in line at the movies, a retarded man makes his way loudly to the front of the line, cutting in front to buy his ticket. When they see him inside the theater, Larry points out to Paula that the man is not actually retarded; he faked it. During the film, both Larry and Paula squirm in their seats but when they ask each other what's wrong, neither one will admit to any discomfort (7).

When Paula wants to leave the movie minutes before the end, Larry refuses to go with her (8). Paula leaves and Susie urges Larry to go after her. Larry is surprised Paula is gone when they emerge just 6 minutes later. Susie isn't (9).

The next day, when Larry sees a man looking at the office next door, Larry fakes being retarded, telling the man he's excited he'll be his neighbor and they have to go to lunch together everyday. The man flees. But Matt Tessler has stopped by to thank Larry for recommending him for Lewis's pilot (he got the job) and sees Larry's act. Tessler is offended, pointing out his ten-year-old mentally-challenged son Max wouldn't find it funny. Larry insists he'd gladly rent to Max but Tessler isn't appeased (10). He reveals he heard Larry has a gerbil up his ass, much to Larry's horror.

Larry meets Lewis, who is furious for Larry's recommendation because Tessler is ruining his pilot. Larry insists he'd put quotes around the recommendation (11). As they're arguing, Richard sees Larry squirm and says "it's true, isn't it?" He tells Larry the gerbil rumor is all over town and the Internet (12).

Back at Larry's, the Blacks debate whether the gerbil rumor could be true (13). Larry denies it and they are all relieved. The kids announce they're all packed and it hits Larry that they're really leaving. On a last minute whim, he asks Loretta if she wants to go to the Bat Mitzvah with him and she does.

At the Bat Mitzvah, Larry and a decked-out Loretta sit at a table with Richard and Cha Cha and the Funkhousers. Marty asks Larry about the gerbil and he gets mad. When Jeff and Susie get up to welcome their guests and start the toasts, Larry insists on giving the first toast, but uses the opportunity to deny the gerbil rumor, much to the Greene's horror (14).

During desert, Larry watches Cheryl with her No Fly Zone date. He goes over to their table and makes polite conversation. When they excuse themselves to dance, Larry watches them, but then his gaze lands on Loretta and he invites her to dance. As the two gaze into each others' eyes on the dance floor, the other guests notice the chemistry.

(1) Leon calls Larry "Mopey Dick," and Jeff corrects him, saying he means Moby Dick, the book, but Leon insists he means Mopey. "His dick is moping."

(2) A Bat Mitzvah is a traditional coming of age party for Jewish girls, held when they turn 13. It's often a big, expensive formal party, which includes the parents' personal and business friends. Cheryl and Larry are both invited because Susie and Jeff didn't pick sides.

(4) MS or MD, according to Antoinette, who can't remember.

(5) Ever since Matt directed the cancer scare episode of 'Home Improvement,' he got typed as the guy who does "ticker."

(6) The recommendation has quotes around it, in the way he says "recommend" very slowly and deliberately.

(7) Both Paula and Larry also firmly stick to their mutual claims that they were at the gastroenterologist for a "check-up" rather than a specific complaint.

(8) Larry insists he finishes things he starts, such as a 500-page book. He even has friends he hasn't been able to stand for 25 years because he's the kind of guy who goes down with the ship. "I'm not even the captain," Larry explains. "I'm a guy who keeps the captain company."

(11) It was a non-recommend, recommend, Larry explains.

(14) Larry denies the gerbil is up his ass, but as full disclosure, admits he has a tickle in his anus.