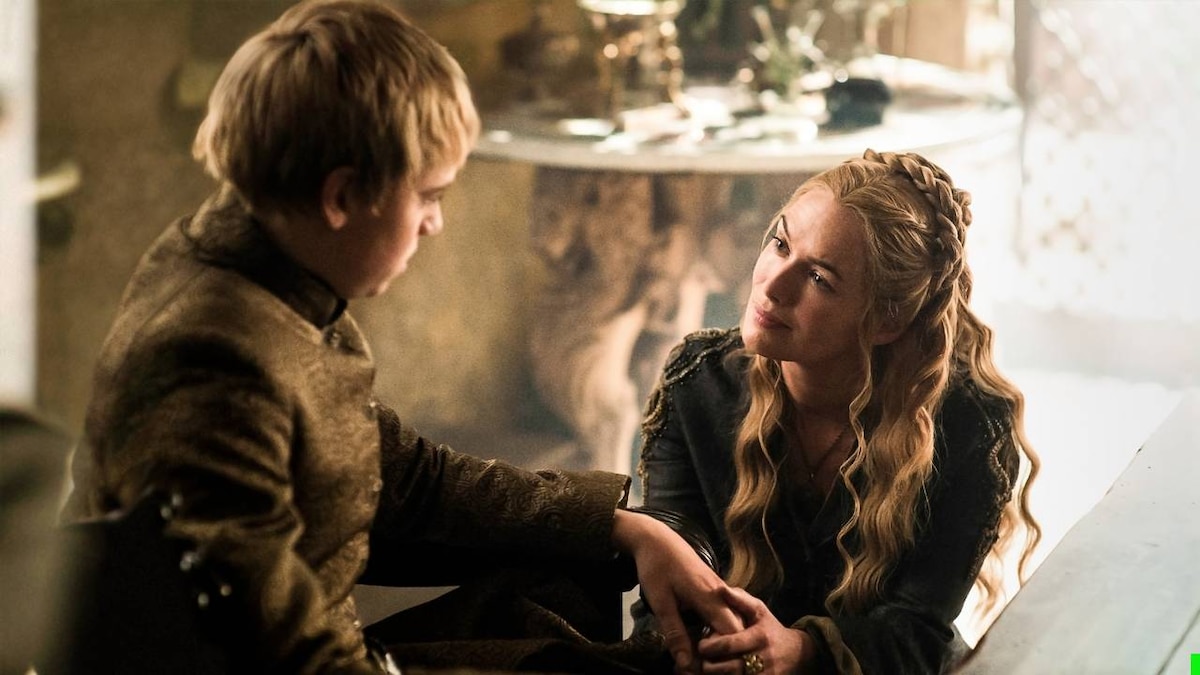 Maester Aemon holds baby Sam and remembers his younger brother, Aegon "Egg" Targaryen. "Get him south," Aemon warns Gilly, "before it's too late." Later that night, Aemon passes away. Sam eulogizes the maester and, as the funeral pyre is lit, Thorne points out to Sam, "You're losing all your friends."

Later Sam finds two of his Night's Watch brothers harassing Gilly. He pulls out his sword, but he is no match for the men and is brutally beaten. Ghost appears and saves him. Gilly nurses Sam's wounds and demands that next time Sam not risk getting killed on her behalf. He refuses to assent and promises to take care of both her and baby Sam no matter what. Gilly climbs on top of him and the two make love.

Theon Greyjoy brings a tray to Sansa Stark, who is locked in her bedchamber. She begs him to help her, but Theon is impassive. Sansa hands Theon the candle given to her by the old servant woman and asks him to light it in the highest tower to signal a rescue. Theon accepts the candle and agrees to light it… and then delivers it to Ramsay.

Ramsay requests that Sansa join him on the battlements. He explains that the emerging snowstorm is a lucky occurrence, as it will cripple Stannis' approaching army and secure Ramsay's future place as Warden of the North. Sansa points out that Roose's trueborn son will have a stronger claim than Ramsay. "Bastards can rise high in the world," Ramsay rebuffs, mentioning that Jon is now Lord Commander of the Night's Watch. He then shows Sansa the flayed body of the old servant woman.

Davos Seaworth gives his report to Stannis Baratheon: Horses are dying and men are deserting. He urges Stannis to return to Castle Black to replenish their resources, but Stannis won't hear of retreat. With winter bearing down, they might be trapped at the Wall for years.

Melisandre encourages Stannis to trust in the Lord – she has seen the Bolton defeat in the flames. "Sometimes, sacrifices are required for victory," she states, reminding him of the power of king's blood. Stannis orders Melisandre from his tent, disgusted.

Daario Naharis and Daenerys Targaryen discuss her impending marriage to Hizdahr zo Loraq. Daario insists that Dany has a choice in the matter – and should marry him instead. Dany rejects the proposal, citing her royal obligations. "You are the only person in Meereen who is not free," Daario says, offering one more suggestion – that she slaughter all the city's masters.

Jorah Mormont is sold at a slave auction to a master named Yezzan. Tyrion Lannister orchestrates his purchase as well, beating a man with his chain to convince Yezzan of his worth. Tyrion advises his new master that they must fight in the Meereen fighting pits as free men. In response, Yezzan throws a single coin at Tyrion – wages for the rest of his life.

Yezzan's slaves, including Tyrion and Jorah, are led to a lesser fighting pit and confined to a holding room. Encouraged by Hizdahr, Dany takes a seat in the stands to honor the fighters with her presence. When Jorah realizes Dany is in attendance, he breaks out of the holding area. Wearing a helmet to disguise his identity, Jorah attacks the other fighters and, seeing how Dany is disgusted by bloodshed, uses non-lethal means to subdue his opponents. Dany looks on approvingly, until Jorah shows his face. "I brought you a gift," Jorah pleads. "He has," says Tyrion, rushing out to present himself to Dany.

Jaime Lannister speaks with Myrcella privately, and tells her that she must return to King's Landing. She refuses – she will stay in Dorne, her real home, and marry Trystane Martell.

Bronn and the Sand Snakes sit in adjacent cells. Through the bars, Tyene flirts with the sellsword, who bears a slight gash from one of her daggers. Suddenly, Bronn's vision blurs and blood drips from his nose. Tyene reveals that her dagger was coated with a deadly poison called the Long Farewell. "It takes time to work," she admits, but contact with a single drop is fatal. She tosses Bronn the antidote, stored in her necklace, and he frantically swallows it.

Olenna Tyrell approaches a man scrubbing the sept, failing to recognize him as the High Sparrow. She asks for the return of her grandchildren, and offers to make the holy man the richest septon who ever lived. The High Sparrow reminds the Queen of Thorns that her grandchildren both lied under oath. "The gods demand justice," he tells her. Olenna threatens to stop sending Tyrell crops to the capital, but the High Sparrow is not intimidated. "You are the few," he tells her. "We are the many."

Petyr "Littlefinger" Baelish meets with Lady Olenna in his destroyed brothel. They murdered King Joffrey together, Olenna reminds him. "Our fates are joined," she says. Littlefinger admits that he came back to King's Landing because Cersei summoned him, but he has not forgotten their alliance. He offers Olenna the same "gift" he gave Cersei.

Cersei Lannister comforts her devastated son. She counsels Tommen to be strong, and offers to speak to the High Sparrow on his behalf. Cersei first visits a broken Margaery in her prison cell and offers her daughter-in-law a bowl of soup. "I know you did this," Margaery states, cursing Cersei, and throws the dish at her spitefully.

Cersei visits the High Sparrow in an ancient chapel beneath the Sept of Baelor. He explains there will be a trial for the Tyrell siblings; high and low alike, true hearts will be laid bare. "When we strip away your finery," he asks the queen mother, "what will we find?" With that, he ushers Lancel Lannister into the chapel and tells Cersei that the young man has fully unburdened himself about their relationship and other sins of hers. Cersei tries to leave, but is taken into custody and locked in a cell.

1.The Wars To Come

Season 5 Premiere. Tyrion learns of a conspiracy and Jon is caught between two kings.

2.The House of Black and White

4.Sons of the Harpy

Dany makes a difficult decision in Meereen. Jon recruits the help of an unexpected ally. Brienne searches for Sansa.

9.The Dance of Dragons

Stannis confronts a troubling decision. Jon returns to The Wall. Mace visits the Iron Bank. Arya encounters someone from her past.