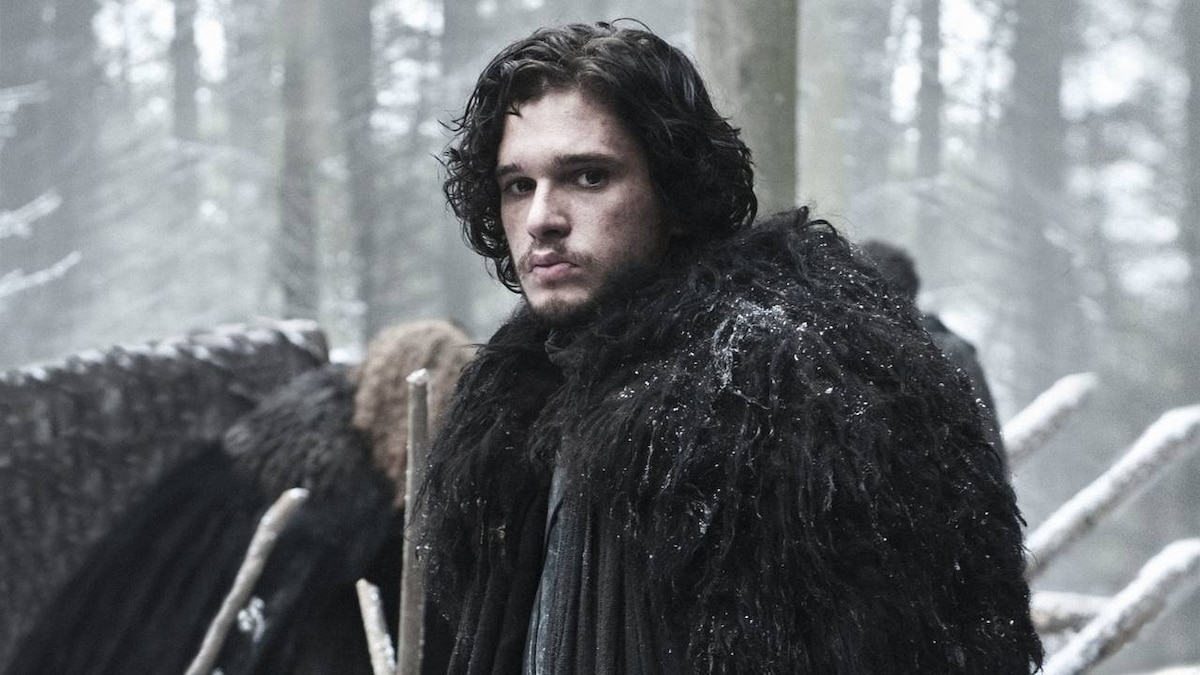 Arya Stark travels up the Kingsroad with a ragtag group of Night's Watch recruits, led by Yoren. When gold cloaks approach their camp, she immediately hunkers down, fearing that they're searching for her, but it turns out the men have been sent for Gendry, one of the sole surviving bastards of Robert Baratheon. Yoren tells the guards that his travel companions belong to the Night's Watch now, and draws a dagger against the inside of the lead rider's thigh. "You could die here at this crossroads," Yoren tells him. "Or you could go back to your city and tell your masters you didn't find what you were looking for." Infuriated, the City Watchmen leave.

Inside the Red Keep of King's Landing, Tyrion Lannister returns to his chambers and finds Lord Varys talking with Shae. The spymaster makes it clear that he knows who Shae is and that Tyrion was forbidden from bringing her to court. Tyrion listens to his veiled threats but responds in much more concrete language: "I am not Ned Stark," he tells Varys. "I will have you thrown into the sea." The eunuch, however, is not intimidated. The men leave together to attend a Small Council meeting, where Cersei Baratheon tears up the peace terms offered by Robb Stark. Tyrion sarcastically points out that her brand of diplomacy hasn't gotten them very far.

Outside Craster's Keep, the men of the Night's Watch tend to their camp when Samwell Tarly spots one of Craster's wives - a girl named Gilly - cowering in the face of Jon Snow's direwolf, Ghost. Sam shoos the creature away and talks to the girl, who's obviously terrified for other reasons as well. Sam brings her to Jon and explains that she'll need to leave with them - she's pregnant. Gilly is convinced she's having a boy, but is too afraid to tell the men what that means. Already on dangerous ground with Craster, Jon says no.

Far across the world in the Red Waste, Daenerys Targaryen waits for any word from the three riders she sent out in search of safe haven. A riderless horse arrives with the severed head of Rakharo stuffed in its saddlebags. Grieved and enraged, Dany swears revenge for the murder, but her hope for escaping the wasteland has only diminished further.

Tyrion dines with Janos Slynt, commander of the City Watch, and asks him about the murder of Robert's bastard at the brothel. Tyrion suspects that the order came from the queen, but Slynt evades the topic. Tyrion pushes harder in a different direction, pointing out that Slynt was paid off to betray Ned. When the commander takes offense, Tyrion makes his final move. "Considering that you betrayed the last Hand of the King, I just wouldn't feel comfortable with you lurking about," he says as Bronn - the new commander of the gold cloaks - appears to escort Slynt to a ship bound for the Wall. Later, Cersei is annoyed at the decision, but Tyrion explains to her that she's losing the common people. "You've given them their rallying cry," he tells her: "The queen slaughters babies." From her silence, he realizes that she didn't give the order to kill Robert's bastards - Joffrey did.

Theon Greyjoy sails into the Iron Islands, spending his time below deck with the homely captain's daughter he's taken as his "salt wife." He abandons the girl once they make landfall, but he's put off that no one on the docks gives him proper respect as the heir to Pyke. Only a young woman takes any interest in him, offering a ride to the castle. He tries to impress her with his highborn status, and she gamely flirts back at him. "You'll tell your grandchildren about this night," he promises her. When he arrives to meet his father, Balon Greyjoy, the Lord of the Iron Islands is not impressed with by the soft, overdressed man his son has become. Balon is much fonder, however, of the young woman Theon rode in with - Yara, the sister Theon hasn't seen since he was a boy.

Davos Seaworth meets with his old friend, the pirate Salladhor Saan, to secure a fleet of ships to back Stannis Baratheon's forces. Davos promises him a rich retirement after Stannis wins the war. "Come with me and plunder the greatest city in Westeros," he offers. Saan agrees, noting that Davos is the most honest smuggler he's ever met. Davos reports the news to Stannis, who then dismisses him for private time with the priestess Melisandre. Stannis confides in her that he's concerned about Renly's strength, but she tells him to have faith - she's seen his victory in the flames. She opens her robe and offers herself to him, "I will give you a son, my king." Lured by the added temptation of a true heir, he takes her on the map table in his war room.

North of the Wall, Jon is woken by the sound of Craster leaving his keep with an infant in his arms. Jon follows the wildling through the forest and is chilled to hear the icy language of the White Walkers echoing through the trees. He draws his sword and rushes toward the sounds of the baby's cries, until he can see a dark figure lift the child from the ground. Hearing a sound behind him, Jon spins around - and Craster strikes him to the ground.