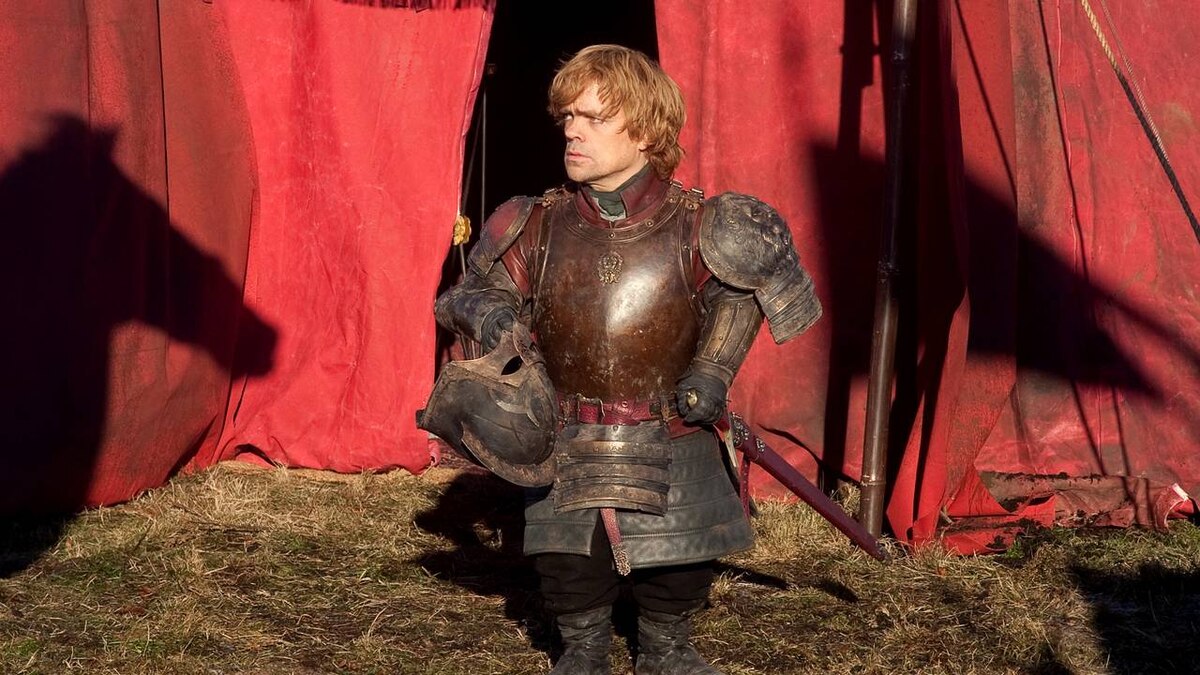 In the black cells of the Red Keep, Lord Ned Stark wastes away in the darkness. Lord Varys visits the accused traitor to say that his own loyalties are to the people of the realm. Varys wants to avoid the war the Robb Stark is about to wage against the Lannisters - and all the devastation it will cause to innocent lives. Ned refuses to offer a false confession and capitulate to the queen who tried to murder his son: The lord's life is not so valuable to him that he'd forsake his honor. "What of your daughter's life," Viserys asks. "Is that a precious thing to you?"

Robb and his host approach the Trident River, which they must cross in order break the Lannisters' grip on the Riverlands. This means acquiring the cooperation of Lord Walder Frey, the ancient and wily patriarch who controls the river's lone crossing - a bridge fortress known as the Twins. Catelyn Stark calls on Lord Walder, hoping that his oath as her father's bannerman will help shore up his loyalties. But Walder's only real pledge is to his own house, so the price of his backing is steep: Arya and Robb must each marry a Frey.

Grateful for Jon Snow's bravery in saving his life, Lord Commander Jeor Mormont bestows his family's blade, Longclaw, on the young Night's Watchman. All of Jon's friends clamor to examine the long sword, but any excitement he feels evaporates when Sam Tarly shares the news of Robb's march south, which was brought by a raven for Maester Aemon. Jon visits the old man, struggling under the weight of his devotion to Robb. Aemon explains that men of the Night's Watch are meant to live a life devoid of family because "love is the death of duty." The blind maester knows this firsthand. He reveals that he is a Targaryen - the uncle of the Mad King Aerys - and that he stood by his duty at the Wall while the Lannisters all but exterminated his family. "Stay or go," Aemon tells Jon. "You must make that choice yourself ... and live with it the rest of your days. As I have."

Khal Drogo's khalasar travels across Essos, through rocky terrain, with its leader slumped in his saddle and obviously ill. When Drogo falls from his horse and into the dirt, Daenerys Targaryen bolts from her saddle to help him. The bloodrider Qotho rides to the front of the hoard and looks down on Drogo and Dany, declaring, "A khal who cannot ride is no khal."

Tyrion Lannister eats with his father, Lord Tywin Lannister, and the family's war council. Tywin informs the dwarf that he is to lead the vanguard into battle with the Hill Tribesmen. "Surely, there are ways to have me killed that are less detrimental to the war effort," Tyrion says, but his father's decision is final. Tyrion pushes himself away from the table and returns to his tent, where Bronn has acquired a whore for him, a foreign girl named Shae, who Tyrion wants to serve him exclusively for as long as he pays her.

The Dothraki make camp, and Daenerys tends to Drogo. His wound has festered, leaving him just hours away from death. Ser Jorah Mormont urges Dany to leave now, before the khal dies and leaves her and her unborn son without protection. Instead, Daenerys sends for Mirri Maz Dur, the last hope of saving her husband. Mirri agrees that the khal will die, but when Dany begs her to perform magic, the witch agrees, slaughtering the khal's horse as a sacrifice. The Dothraki are enraged at this affront to nature, and Qotho draws his arakh and attacks Jorah. After a fierce struggle, Jorah manages to kill Drogo's bloodrider. Strange and demonic noises begin to emanate from Drogo's tent, and Dany, curled on the ground, begins to go into labor.

In Tyrion's tent, he plays a drinking game with Bronn and Shae. They try to divine each other's pasts, which Tyrion does very well with Bronn but fails miserably with his mistress. Shae manages to tap into Tyrion's pained past, however, which prompts him to tell the story of how he was married for a short time - until he learned that his brother Jaime Lannister had paid a whore to take him as her husband. After the joke was revealed, Tywin allowed his whole household guard to rape the woman while Tyrion watched. After Bronn leaves, Tyrion goes to bed with Shae, barely waking up the next morning in time to go to war. Once he does join the Hill Tribes on the field, he's knocked out by an errant war hammer moments into the march. He wakes up - shocked to be alive - after the fighting is done. The Lannisters have won, but against only a small fraction of the Stark forces. The rest have ambushed Jaime's army.

In a wooded area, Catelyn waits for her son to return from war, and she's beside herself with relief once he does. Robb rides out of the mist with Jaime as his prisoner. The storied member of the Kingsguard proposes that he and Robb settle the whole war with a bout of single combat, but Robb is no fool. He sends Jaime off to be put in irons, and shouts to his celebrating men: "One victory does not make us conquerors ... This war is far from over."

Arya wanders the streets of King's Landing, trying to trade a pigeon she killed for a bit of pastry. But when she notices the crowd streaming toward Baelor's Sept, she follows. On the steps of the holy building, the City Watch escorts her father before King Joffrey Baratheon, as his mother Cersei Baratheon watches with Sansa Stark at her side. Ned gives a false confession of treason in an attempt to save his daughter, and Joffrey responds that his mother and Sansa have both asked him to grant mercy. "But they have the soft hearts of women," Joffrey continues. "So long as I am king, treason will not go unpunished ... Bring me his head!"

In the crowd, Yoren of the Night's Watch finds Arya and wraps her in his arms to avert her gaze from the scene unfolding on the steps. Ser Ilyn Payne, wearing an executioner's hood and carrying Ned's family sword Ice, strides over to deliver the sentence. Ned bows his head as Payne raises the blade. The King's Justice delivers the blow swiftly, ending Lord Stark's life before the screaming mob.

Jon impresses Tyrion at Castle Black; Ned confronts his past and future at King's Landing; Daenerys finds herself at odds with Viserys.

5.The Wolf and the Lion

Ned refuses an order from the King; Tyrion escapes one perilous encounter, only to find himself in another.

7.You Win or You Die

The Lannisters press their advantage over the Starks; Robb rallies his father's northern allies and heads south to war.